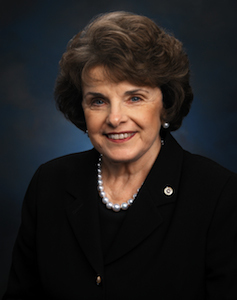 “This bill will not satisfy every water interest in the state, but we have tried mightily to listen and absorb commentary from interested parties,” Feinstein said. “We have worked hard with state and federal technical staff and believe these provisions will place California on a long-term path to improve its water infrastructure and provide short-term improvements to water-system operations so we can store more water at the times of peak outflow during the period of the governor’s emergency drought declaration.”

Short-term efforts will expire either after two years or when the current drought declaration ends and include measures to take advantage of the coming El Nino, which appears to be a potentially large source of precipitation. Long-term provisions seek to find new water sources and storage methods, including desalination and water recycling projects.

“The bill reflects many meetings between Democrats and Republicans, water districts, cities, rural communities, farmers, fishermen and a number of environmental groups,” Feinstein said. “This is a bill that offers real help to California while adhering to the laws and biological opinions that protect fish and wildlife.”