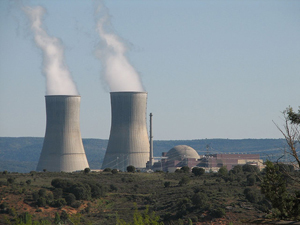 The Clean Power Plan (CPP) continues to proceed as legal challenges rise and fall against the controversial federal law much to the chagrin of some states and several of America’s heaviest hitting stakeholders who must continue meeting new climate change rules as opposition efforts work their way through the courts.

Most recently, a federal appeals court last week denied a request from Texas and other states bent on blocking President Obama’s Clean Power Plan. The U.S. Court of Appeals for the District of Columbia ruled that the states joined by the coal industry “have not satisfied the stringent requirements for a stay.”

“The primary forces behind the pushback are economic, philosophical and legal,” Marc Chupka, principal with The Brattle Group Inc. in Washington, D.C., recently told EP Newswire.

Chupka, an economist with more than 25 years of public and private sector experience analyzing energy markets and regulation, as well as assisting energy clients and counsels in a broad span of commercial analysis, regulatory proceedings and litigation support, is one of several Brattle experts who this month released a related issue brief on the topic.

According to "The Clean Power Plan: Focus on Implementation and Compliance," the Brattle experts note that as states work to reduce their CO2 emissions, they simultaneously must deal “with a complex set of choices,” such as what form of target to adopt from their electricity sectors, the role of market-based emission credits or allowances, and how to satisfy multiple objectives that appeal to a broad range of stakeholders.

“From an economic standpoint, there are costs, competitive impacts, as well as possible reliability issues that have sparked debate and concern," Chupka said.

At the same time, he said, some industries such as coal producers have been under significant stress for several years as low natural gas prices have reduced coal generation and coal sales, while “tightened environmental rules have led to coal-fired plant retirements.”

Philosophically, Chupka said, “some people question the science or object to the international dimension that would be a part of an effective response to climate change risk.”

And “legally, of course, some object to the CPP because they believe that (the U.S. Environmental Protection Agency) lacks the authority to regulate CO2 in the manner they propose under the CPP,” Chupka said.

In fact, there are some opponents, Chupka said, who “focus on one of these, but others object to the CPP on all three grounds.”

As states submit their initial plans this year and then adjust them during 2017 in order to have approvable state implementation plans by 2018, the Brattle experts said “much work lies ahead for states, utilities and other stakeholders to craft a reasonable and cost-effective path forward.”

Read The Brattle Group's brief in its entirety at: www.brattle.com.