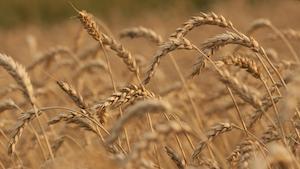 CropLife recently released its list of the 10 most influential studies and reports on plant science and sustainable agriculture from 2015, covering topics ranging from genetic modification (GM) and bee health to counterfeit pesticides.

On the biotech front, CropLife highlights “Global Status of Commercialized Biotech/GM Crops: 2014,” which detailed the industry’s development in 2014, and “Taking Root: Global Trends in Agriculture Biotechnology,” which discusses its benefits in terms of economy, food security and sustainability.

CropLife’s selections on GM include “Another Year of Consistent and Positive GM Crop Impacts” and “Voices and Views: Why Biotech,” both of which support a growing role for GM agriculture.

The list features two reports on bee health — “Bees and Pollinators: A Commonwealth Concern” and “Bee Population Rising Around the World” — which paint a bright picture for the pollinators, including a 13.2 percent rise in beehives around the world. A paper from the Federation of Indian Chambers of Commerce and Industry detailed practical solutions to fight counterfeit pesticides, and “Who Benefits from Intellectual Property Rights for Agricultural Innovation: The Case of Ogura Oilseed Rape in France” demonstrates how intellectual property benefits farmers and consumers.

CropLife’s list also delves into public health issues, with “Principles for Identifying Endocrine-Active and Endocrine-Disrupting Chemicals” and the European Food Safety Authority’s (EFSA) justification for its contradiction of the International Agency for Research on Cancer’s (IARC) stance that glyphosate is likely carcinogenic for humans, “Conclusion on the Peer Review of the Pesticide Risk Assessment of the Active Substance Glyphosate.”