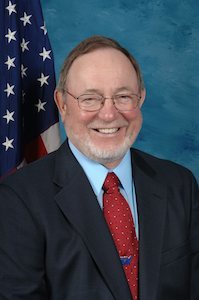 “Today, I once again voted to nullify the Obama Administration’s Water of the United States (WOTUS) rule, a sweeping expansion of federal jurisdiction under the Clean Water Act,” Young said. “By now the President should understand a majority of Americans, businesses, and states oppose this misguided rulemaking because it will lead to damaging effects across the country, erode states rights, and cause significant confusion among industry and businesses.”

The resolution is not the first effort to block implementation of the WOTUS rule, and comes after a similar resolution to block the updated stream-buffer zone regulation from the Department of the Interior, which seeks to protect waterways from mining activities.

“In Alaska, even the most basic economic activity performed where permafrost or seasonal wet areas exist would likely become subject to this new federal jurisdiction, even if these waters never reach ‘navigable waters,’” Young said. “The end result is more litigation, higher costs for development and construction projects, and prolonged delays — an impact that reaches every corner of our state. I call upon the President to put his partisanship aside and sign this resolution to stop the EPA’s and Army Corp of Engineers’s flawed rule.”