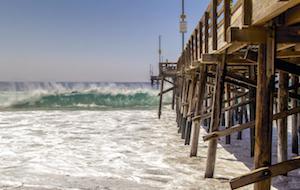 California recently received Environmental Protection Agency (EPA) approval for its Trash Control Policy’s water quality standards for trash, which seek to prevent the accumulation of trash in the state’s waterways.

“Trash in our lakes, streams, and the ocean pose a serious threat to fish and wildlife as well as harming the public’s ability to enjoy our beaches and waterways,” State Water Board Chair Felicia Marcus said. “The good news is that this problem is entirely preventable — many communities have already stepped up to meet the challenge and serve as an example to the rest of the state. This statewide policy relies on those tried-and-true, common sense approaches to ensure we get trash removed early before it enters our storm water system, resulting in cleaner beaches and healthier marine life.”

The state’s plan focuses on preventing trash from entering waterways through storm drains, requiring capture devices that have proved effective when implemented in Los Angeles and San Francisco.

“The State of California has taken a bold step towards keeping millions of pounds of trash each year out of our inland, coastal and ocean waters," EPA Pacific Southwest Regional Administrator Jared Blumenfeld said. “EPA is pleased to approve the state’s new water quality standards, which will help prevent harmful trash from making it from land to water and adding to our serious marine debris problem.”