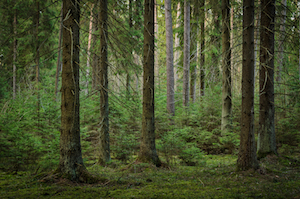 The American Forest and Paper Association (AF&PA) recently joined a number of other industry groups in voicing opposition to the Environmental Protection Agency's (EPA) Clean Power Plan, which was enacted in December.

The plan has attracted much scrutiny and a number of legal challenges over its expected costs and the jurisdictional authority of the EPA.

AF&PA’s objections summarize the thrust of many complaints among industry groups over the compliance costs of the Clean Power Plan. Some groups have taken their objections to court while others, like AF&PA, are lobbying for reforms and changes to the plan to minimize compliance costs and address specific concerns.

In AF&PA’s case, one of those concerns is biomass energy.

“The (Clean Power Plan) also addresses the use of biomass for energy generation as a potential eligible compliance option for states and affected power plants, which is our primary raw material and fuel source,” McFaul said. “AF&PA believes that the (plan) should be implemented through the least-costly approach possible and generally recognize our biomass energy as carbon neutral.”

In September, a report published by the Congressional Research Service argued that defining biomass energy, such as burning wood, as carbon neutral depended on a number of factors, mostly having to do with how the biomass was raised and harvested. When using the right technologies and techniques, the trees would be able to filter out as much carbon as burning their biomass creates.

“Carbon flows in and out of forests in a continuous cycle of release and sequestration," McFaul explained. "Therefore, biomass should be considered carbon neutral as long as forest stocks are stable or rising."

AF&PA also wants this carbon neutral biomass power to be a method available to states that will have to develop a plan to slash carbon emissions.