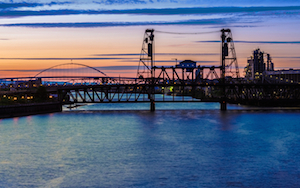 The Environmental Protection Agency (EPA) will hold a series of public information sessions around Portland, Oregon in February and March to engage the public on its plans to clean up the Portland Harbor Superfund site on the Willamette River.

EPA officials are hoping the meetings make a positive first impression on residents and set the tone for a participatory process.

“An informed and engaged community will help the agency craft a smart, successful cleanup that protects people and the environment,” EPA Regional Administrator Dennis McLerran said. “EPA cleanups must be driven by the best science available and by the Superfund law. Using those tools and community input, we will tailor a final river cleanup plan that protects people, the environment and Portland’s working waterfront. We cordially invite everyone to join us and take an active role in helping chart the future of this beautiful river.”

The actual cleanup plan won't be unveiled until sometime in the spring, after which another round of similar public meetings will be held to review the plan with various communities. This second round of meetings will be part of a two-month public comment period.

The Portland Harbor Superfund site describes a stretch of the Willamette River where water and river sediments have been found to contain heavy metals, polychlorinated biphenyls, polynuclear aromatic hydrocarbons, dioxin, and pesticides. Several types of fish found in this part of the river have also been labeled as hazardous to human health if eaten.