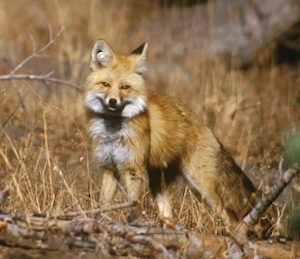 Sierra Nevada Red Fox, a candidate species for ESA protections.
The Center for Biological Diversity celebrated the lowest number of species on the Endangered Species Act (ESA) waiting list since the 1970s, with just 42 animals and 18 plants waiting for protection under the law.

“The Endangered Species Act has prevented the extinction of 99 percent of the plants and animals under its care, but the law only works after species make it onto the list,” Center for Biological Diversity Senior Scientist Tierra Curry said. “It’s heartening to see so many more species now getting the protection that will save them.”

These decreased figures come just four years after litigation against the Environmental Protection Agency (EPA), brought by the center and partnering organizations, resulted in a settlement requiring the EPA to address its processes. More than 40 species have gone extinct while on the waiting list, but since the lawsuit 151 species have attained final protection, with 71 more proposed for protection.

“Scientists agree that the planet’s currently undergoing a major extinction crisis, the sixth in eEarth’s history,” Curry said. “The Endangered Species Act is one of the strongest laws any nation has to safeguard biological diversity in the face of ever-increasing threats.”