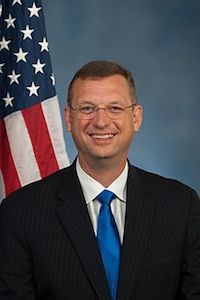 “As usual, we are seeing the end-of-the-year rush to fund the government, which leaves us scrambling to find a fix for issues that should have already been dealt with,” Collins said. “In the new year I hope to see smaller, more focused bills that don’t come to us the last legislative week of the year. However, the win for Georgia water rights was too important for me to not support this bill.”

Georgia is in an ongoing legal battle with Alabama and Florida, centered around the use of water in Lake Lanier and the Chattahoochee River basin, which Georgia claims. Representatives from Georgia were able to change the language in the bill to ensure that the litigation remains a state issue.

“Ongoing negotiations about Georgia’s water and how it is allocated should be handled at the state level, and pending court cases will be allowed to proceed unimpeded,” Collins said. “Congress should avoid interfering in state matters whenever possible, and [leave it] to those who know the issue best. Today is a victory for Georgia and states’ rights.”