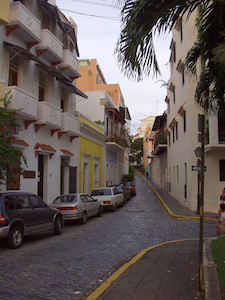 “These structural and operational improvements to the stormwater infrastructure are critical and desperately needed for the public health and well-being of San Juan’s residents,” Justice Department Environment and Natural Resources Division Assistant Attorney General John C. Cruden said. “This agreement will improve stormwater collection systems that will reduce contamination from sewage that is presently escaping into water bodies around the city each day.”

According to EPA estimates, the city’s stormwater systems currently discharge over 2.2 billion gallons of untreated sewage annually into the waterways surrounding San Juan, including the Condado Lagoon, the Martin Pena Channel and the Atlantic Ocean. The improvements are expected to cost approximately $77 million.

“For far too long, harmful discharges of sewage and other contaminants have polluted water bodies in communities in Puerto Rico,” EPA Regional Administrator Judith A. Enck said. “These legal agreements will drive water quality improvements and protect the health of the people of Puerto Rico.”