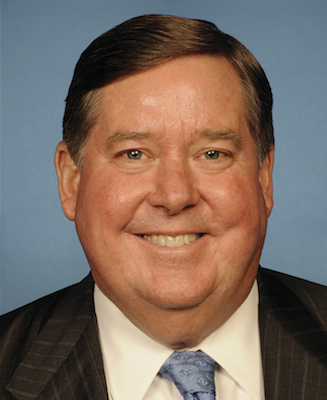 “The funding priorities the House approved today will curb the Obama Administration’s dangerous bureaucracy while investing in programs that are essential to American families,"  Calvert said. “I’ve worked hard to protect our economy from the regulatory overreach at the Environmental Protection Agency (EPA) and in this bill we hold the EPA staffing to its lowest level since 1989. The funding the Appropriations Committee has provided for our military, veterans and for critical infrastructure investments is a significant achievement.”

In addition to the bill’s measures to limit EPA actions, the 2016 Omnibus Appropriations Act lifts the ban on American oil exports, which experts say could boost the U.S. GDP by $170 billion annually and create one million jobs.

“Lifting the oil export ban is a big win for American consumers, workers, and our economy,” Calvert said. “The U.S. continues to have significant resources that can help strengthen our economy and provide our allies with an alternative to their long-standing reliance on Russian or Middle Eastern energy resources.”