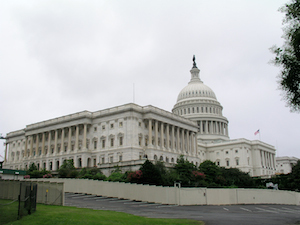 The recently announced Omnibus Spending Bill for fiscal year 2016 does not feature riders sought by the Republican party to block Environmental Protection Agency (EPA) actions and increases the Interior-Environment budget by $1.7 billion from 2015, an article in CQ Roll Call detailed.

In the lead up to the bill’s finalization, several Republicans sought to attach riders that would prevent the EPA from implementing the Waters of the United States rule, which expands EPA jurisdiction over wetlands and streams; the Clean Power Plan, which regulates emissions from new and existing power plants; and a regulation that lowered the standards for ground ozone.

The bill, HR 2029, allocates $32.2 billion for Interior-Environment activities, a figure that represents an increase from fiscal year 2015 but is still $1.1 billion below what President Barack Obama requested. The EPA’s budget remains the same, at $8.1 billion, but represents a $451-million reduction from President Obama’s request. Funding allocated to the Department of Interior matches the President’s request at $12 billion.

The majority of the $1.7 billion increase from fiscal year 2015 will go toward wildfire response funding and provide the federal government’s Payments in Lieu of Taxes to state and local governments.