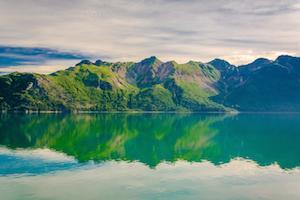 In July and September, Region 10 of the Environmental Protection Agency (EPA), which covers the Pacific Northwest, completed 52 compliance and enforcement actions in Alaska, Idaho, Oregon and Washington.

Washington had the most completed actions with 22 over the two-month period — from July 1 to Sept. 30 — while Alaska had 13, Idaho had 12 and Oregon had the least, with two. There were also three multi-state actions for companies based in California, Nevada and Wyoming whose actions impacted the other four states.

Violations that the EPA acted upon ranged from non-compliance with underground storage tank rules and risk management program requirements to violated stormwater construction general permits and safe drinking water rules. Fines ranged from $70 to $445,336, though some offenders were hit instead with compliance orders, consent decrees or stop sale orders.

The agency’s efforts to punish federal environmental law violations serve a dual purpose. The EPA promotes cleaner air, water and land and improved public health while also creating a fair business environment, so that companies reducing costs by cutting corners with regulations are not rewarded for their actions.