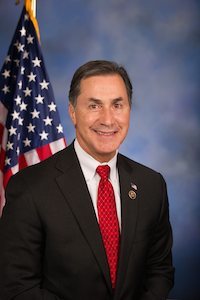 The Stream Protection Rule was created in 1979 to protect year-round springs located near mines through the creation of buffer zones. The DOI’s proposed updates to the rule would make it stricter, but some estimates say it could cost up to 280,000 jobs and adversely affect the economy.

“Coal miners are not made-up stats, they are real people,” Palmer said. “The DOI needs to come to Alabama and talk to some of the coal mining families, particularly the kids, who are facing the prospect of Christmas with no presents; or young people who are withdrawing from college. Instead, the Department of the Interior has frozen out states and industry in the rulemaking process.”