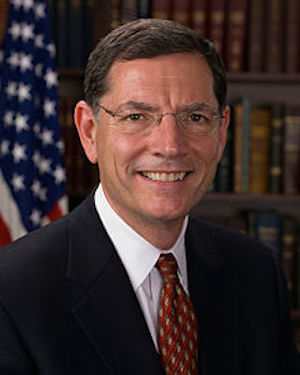 “President Obama is so desperate for a climate deal in Paris that he will do anything he can to get one,” Barrasso, who serves as chairman of the Senate Foreign Relations Subcommittee on Multilateral International Development, Multilateral Institutions and International Economic, Energy and Environmental Policy, said. “This includes undermining U.S. sovereignty and misusing American taxpayer dollars to grease the wheels.”

Barrasso’s report, “Senate Outlook on United States International Strategy on Climate Change in Paris 2015,” examines the President’s use of taxpayer contributions to the Green Climate Fund, how his agreement to a climate change deal would bypass Congressional approval and how commitment to greenhouse gas reduction targets would undermine American sovereignty.

“The President needs to understand that Congress does not support this pay-to-play promise,” Barrasso said. “This new report details how the President’s agenda in Paris is threatening jobs, industries and communities at home.”