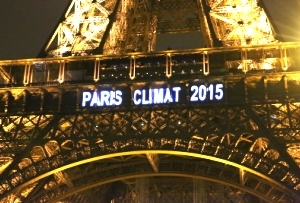 EPA’s Clean Power Plan is currently on track to make dramatic cuts in the amount of carbon emissions-based pollution created by power industries, aiming for a figure equal to 32 percent below 2005 levels by the year 2030. Additionally, the nation is raising the bar on fuel standards, promoting residential and commercial energy consumption thrift, and taking steps to eliminate methane from oil and gas manufacturing.

Administrator McCarthy, who led a U.S. mission in November to Montreal to address global and North American progress on mitigating the impact of hydrofluorocarbons on the climate, is scheduled to speak at four separate conference events. All times listed are Paris local hours, and the events will be livestreamed at: http://www.state.gov/e/oes/climate/cop21/video/.

On December 5, McCarthy delivered the keynote address with a question and answer session on the Clean Power Plan and actions taken by U.S. electric utilities to reduce greenhouse gases.

On December 7 at 2:30 p.m., she will speak jointly with European Commission Environmental Commissioner Miguel Arias Canete followed by a panel discussion.

On December 8 at 12:45 p.m., McCarthy will deliver remarks and participate in a roundtable regarding the nation’s plans for cutting carbon pollution and preparing for inevitable climate impacts.

Finally, on December 10 at 1:15 p.m., McCarthy will present welcome remarks followed by panel discussion regarding policies to keep the U.S. on track for reaching its 2025 goals.