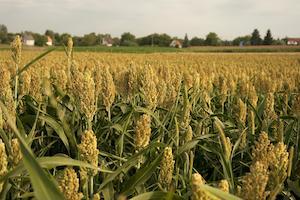 National Farmers Union (NFU) President Roger Johnson spoke this week of the need for more action to combat climate change and more risk management tools for American farmers to lessen its effects, chiding Congress for its inaction on the issue.

“Earth’s climate is changing — temperatures are rising, extreme weather events are becoming more frequent, and precipitation patterns are shifting,” Johnson said. “The nation’s family farmers and ranchers have been in the trenches, working through that reality for years. Farmers and ranchers need access to both robust risk management tools and resources to help them cope with this new reality, or global food security is at risk.”

Johnson noted that increased temperatures mean declining grain and meat production, increasing costs for farmers and ranchers. While he expressed appreciation for U.S. Department of Agriculture efforts to aid farmers and the Obama Administration’s efforts to create policy to limit the affects of climate change, he said that it is time for Congress to step up.

“The nation has already adopted important public policy steps, like the Renewable Fuel Standard, that must be fully implemented to be effective,” he said. “At the same time, Congress needs to resist pressure for further cuts to the 2014 Farm Bill and crop insurance, two important policy tools that have greatly helped farmers manage the extreme weather fluctuations they’re already experiencing.”