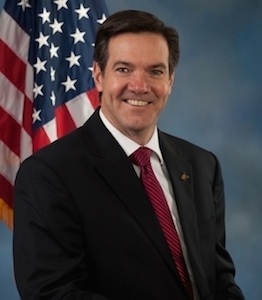 “Not only will the EPA’s plan destroy jobs, but it will increase utility costs for consumers and lead to higher household electricity bills for all American families,” Jenkins said. “Our seniors, the middle class, and Americans on fixed incomes should not have to bear the burden of increased costs. Our economy is still struggling to recover. People are struggling to survive.”

Jenkins said that the Clean Power Plan will cost coal mining jobs in his state, but also that it will burden Americans across the country in the form of increased electricity rates.

“We will take up resolutions to disapprove of the EPA’s new regulations on new and existing coal-fired power plants,” Jenkins said. “We will also vote on a broad energy bill that will update our policies to allow America to take advantage of all of our domestic energy while strengthening our energy security and independence. Congress is standing up to this administration’s regulatory overreach. We must send a message to President Obama and his runaway EPA and end the war on coal.”