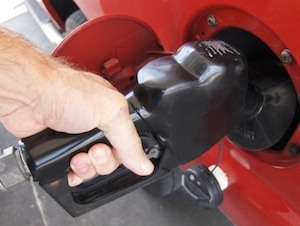 The Environmental Protection Agency (EPA) this week finalized increased volume requirements for the Renewable Fuel Standard (RFS) program for 2014, 2015 and 2016, as well as the requirements for biomass-based diesel for 2014 to 2017.

“The biofuel industry is an incredible American success story, and the RFS program has been an important driver of that success — cutting carbon pollution, reducing our dependence on foreign oil, and sparking rural economic development,” EPA Office of Air and Radiation Acting Assistant Administrator Janet McCabe said. “With today’s final rule, and as Congress intended, EPA is establishing volumes that go beyond historic levels and grow the amount of biofuel in the market over time. Our standards provide for ambitious, achievable growth.”

The increased volume requirements stand to support growth and development within the biofuel industry and represent higher volumes than the increase proposed by the EPA in June.

Following the EPA’s announcement, some members of Congress criticized the EPA for the drawn out process toward finalization.

“The economic, technological, and environmental assumptions that gave rise to the RFS are dramatically different than the realities we face today, and it is time to finally consider updating this program,” U.S. Rep. Fred Upton (R-MI), who is the chairman of the House Energy and Commerce Committee, said. “Before we make any changes, we need to be mindful of the impact on the agricultural sector, renewable fuel producers, refiners, automakers, fuel retailers, and other affected parties, and most importantly of all we need to do what is best for American consumers.”