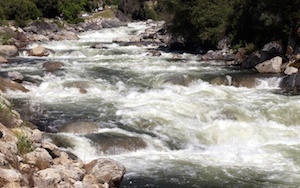 Iowa Gov. Terry Branstad recently offered his support to the opposition against the Waters of the U.S. (WOTUS) rule from the Environmental Protection Agency (EPA).

The opposition is highlighted in a case that is currently pending at the U.S. District Court of North Dakota Southwestern Division. The lawsuit is between the EPA and the U.S. Army Corps of Engineers concerning the WOTUS rule.

“The WOTUS rule is a federal overreach that imposes significant barriers and impairs Iowa’s ability to advance innovative, water quality practices that would actually advance our common goal of water quality,” Branstad said. “I ran for governor in 2010 to return predictability and stability to Iowa, and this federal rule increases rather than decreases uncertainty for Iowa farmers and small businesses.”

Other supporters include attorney generals and governors located across 31 states. They have also taken proactive measures to guarantee that water quality initiatives based within states are not restricted by federal bureaucratic politics.

“The misguided WOTUS rulemaking process has created uncertainty and has threatened to impede our efforts to get conservation and water quality practices on the ground,” Bill Northey, Iowa’s secretary of agriculture, said. “Joining this lawsuit is the right thing to do and I hope that ultimately the courts will overturn the rule.”