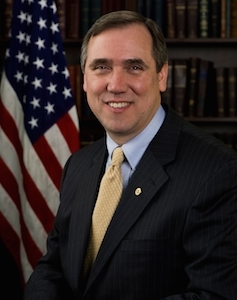 “Climate change is already impacting our world through greater forest fires and droughts, with serious effects on our farming, fishing and forest economies,” Merkley said. “The main cause is carbon pollution, and the impacts will only get worse in the coming decades if we keep burning fossil fuels unchecked.”

“We are taking on the Koch brothers and some of the most powerful political forces in the world who are more concerned with short-term profits than the future of the planet,” Sanders said. “I’ve got four kids and I’ve got seven beautiful grandchildren. We have a moral responsibility to leave our kids a planet that is healthy and inhabitable."