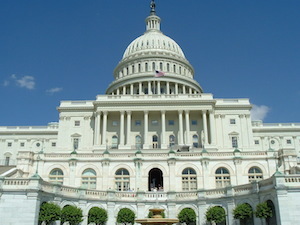 Approximately 100 leaders from the biodiesel industry pushed for Congress to reinstate the biodiesel tax incentive this week, arguing in favor of a Senate Finance Committee proposal that passed in July.

“This is a common-sense reform that will appropriately focus the incentive on stimulating U.S. production and jobs while streamlining IRS administration of the credit,” National Biodiesel Board VIce President of Federal Affairs Anne Steckel said. “It makes a good policy better. The biodiesel tax incentive has broad bipartisan support because it works to create jobs and economic activity, and it furthers our energy policy goals to diversify the fuel markets and reduce emissions.”

The proposed reform would change the tax credit available for biofuel, which lapsed on Dec. 31, 2014, from a blender’s credit to a producer’s credit. This would put an increased focus on local production, as biodiesel produced overseas but blended in the U.S. currently poses a threat to domestic production.

“Members of Congress should understand that in the business world, this kind of unpredictability makes planning for growth nearly impossible,” Crimson Renewable Energy CEO Harry Simpson said. “People wonder why the economy isn’t doing better, why more companies aren’t hiring, and it’s this kind of inaction in Washington that is holding companies back. We are urging responsible lawmakers to step up and pass a producer’s tax credit as quickly as possible so we can get the biodiesel industry back on track. It is a critical issue for our company.”

Crimson operates one of the largest biodiesel refineries on the West Coast in Bakersfield, California.