Biofuels -- including biodiesel -- growing in popularity with Americans 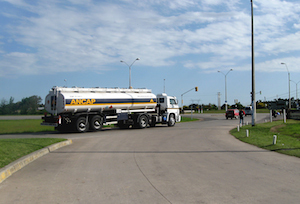 A recent voter survey, which was conducted by Moore Information, showed that Americans are increasingly supportive of biofuels, which didn't come as a surprise to an official with the National Biodiesel Board.

"And it has the best carbon score among all liquid fuels according to the California Air Resource Board," she said. "It’s American made, made from renewable resources and cleaner burning than traditional diesel fuel. It also offers competitive performance with existing equipment, so it is the best alternative option for many fleets and diesel owners.”

The survey found that 80 percent of respondents are supportive of biodiesel, while only 10 percent oppose it. These numbers have increased from years past.

“Biodiesel’s benefits appeal to a wide-ranging audience," Robinson said. "We have veterans who support it because it’s American made and expands our energy options; environmentalists who love that it cuts carbon in the diesel equipment needed to power our economy; school administrators and parents love that in legacy engines it’s cleaner burning than petroleum diesel.”

Fuel must meet American Society for Testing and Materials (ATSM) specification D6759 to be considered a biodiesel, which is used in things such as school buses, city fleets, personal vehicles, and as home heating oil and Bioheat fuel.