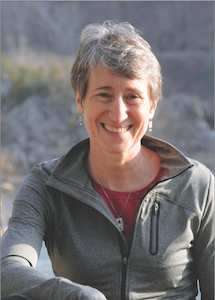 Interior Secretary Sally Jewell | Contributed photo
The Public Lands Council (PLC) and National Cattlemen’s Beef Association (NCBA) are condemning a move by the Bureau of Land Management and U.S. Forest Service to implement their restrictive land-use plans after Interior Secretary Sally Jewell said this week that the greater sage grouse does not warrant protection under the Endangered Species Act (ESA).

"The administration came to the logical decision not to list the sage grouse, but went ahead and forced through their land use plans, which are just as concerning as a listing," PLC President Brenda Richards said. "Secretary Jewell's claim that the ESA is effective and flexible is entirely flawed and misleading. Of the 1,500 domestic species listed since 1973, less than 2 percent have ever been deemed recovered. Sage grouse habitat and population are thriving because of the work of the ranchers across the West and the states' efforts, not due to the Environmental Impact Statements, which have yet to even be implemented."

The groups said the species’ rehabilitation has been in large part due to the efforts of the Sage Grouse Initiative, which was a partnership between private landowners and the USDA that maintained working landscapes.

"Wildfire and development are the primary threats to the sage grouse and their habitat, yet this administration is systematically wiping out multiple-use and ranching through regulatory overreach,” said NCBA Federal lands Committee Chairman Robbie LeValley. “It's clear that these plans are more about managing away from productive uses, rather than actually protecting the bird."