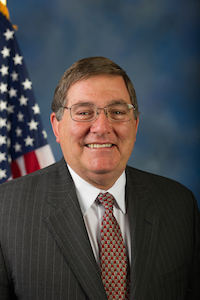 “For the past decade, the Department of Energy has failed to do its due diligence when taking hard-earned tax dollars and wasting them on a project in a way that was careless and profligate,” Burgess said. “While providing an overly generous array of federal resources, including hundreds of millions of dollars in government assistance to continue working on USEC's (United States Enrichment Corporation) flawed centrifuge technology and tens of thousands of tons of free uranium transferred from the Energy Department, USEC failed to carry out its task and thus failed to produce a level of uranium required to meet national security needs.”

Burgess and Sen. Ed Markey (D-MA) requested that the Government Accountability Office look into the American Centrifuge Project, resulting in two reports that detail the USEC’s management of it.

“I commend the nonpartisan work of the GAO (Government Accountability Office) in unearthing the corruption woven throughout the wasteful American Centrifuge Project that will bring justice for an industry still hurting, damaged by Department of Energy policies,”  Burgess said. “I look forward to working on the Energy and Commerce Committee to identify a responsible solution that would more astutely utilize taxpayer money to develop innovative technology to enrich uranium fuel.”

Burgess has represented Texas' 26th District in the U.S. House since 2003. Born in Rochester, Minnesota, in 1950, Burgess was educated at the University of North Texas and serves on the following committees: Committee on Energy and Commerce, Committee on Rules, Republican Study Committee and the House Republican Policy Committee.