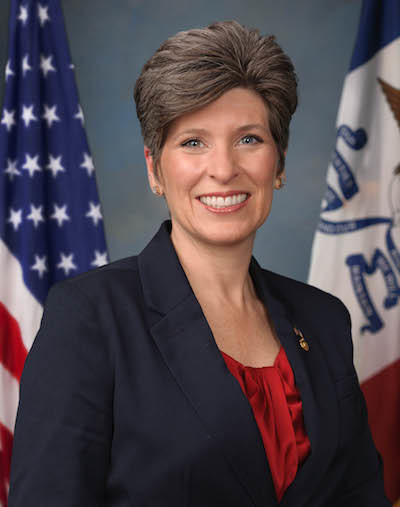 Contributed photo
Sen. Joni Ernst (R-IA) introduced a joint resolution on Thursday, with 46 co-sponsors, that seeks to nullify the Waters of the United States (WOTUS) rule, which was finalized earlier this year by the Environmental Protection Agency (EPA) and the Army Corps of Engineers (ACE).

The rule expands federal jurisdiction over bodies of water across the nation.

“Hard-working Iowans don’t need more Washington bureaucrats from the EPA telling our job creators how best to use their land,” Ernst said. “This ill-conceived rule ignores the thoughtful comments and serious concerns raised by farmers, ranchers, manufacturers and small businesses across the county. Furthermore, its expanded definition causes confusion, uncertainty and unnecessary red tape. Simply put, this one-size-fits-all method is the wrong approach that puts our agriculture community at a disadvantage.”

The rule has been criticized by some states and industry groups since its initial draft for expanding the EPA’s authority and for making permitting necessary in more instances. The final rule was further criticized by some groups for not adequately taking into account public comments from farmers, ranchers and manufacturers.

“It is time to put an end to this harmful rule that threatens the livelihood of our rural communities nationwide and to work to establish the needed certainty for our farmers, ranchers, manufacturers, small businesses and other landowners,” Ernst said.