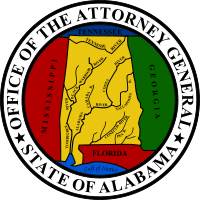 Alabama attorney general calls for stay in WOTUS rule implementation.
Alabama Attorney General Luther Strange and the attorneys general from 17 other states filed a motion with the 6th US Circuit Court of Appeals in Ohio on Sept. 9 to issues a national stay of the implementation of the Waters of the United States (WOTUS) regulation, developed by the Environmental Protection Agency (EPA).

“The EPA WOTUS rule, which went into effect on Aug. 28, should be halted nationwide while lawsuits filed by states, including Alabama, against the EPA rule are consolidated and reviewed by the federal courts,” Strange said. “The WOTUS rule is an unprecedented effort to expand the EPA’s regulatory authority at the expense of states’ legal rights and the rights of property owners.”

Alabama and 10 other states filed a lawsuit against the final regulation the day after it was issued on June 29, and 13 other states brought a separate legal action. A North Dakota federal judge issued an injunction for the rule’s implementation, but only in the 13 states who brought the other suit.