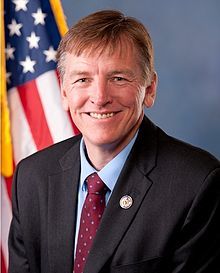 “Perjury before Congress is perjury to the American people and an affront to the fundamental principles of our Republic and the rule of law,” Gosar said. “Such behavior cannot be tolerated. My legislation will hold Administrator McCarthy accountable for her blatant deceptions and unlawful conduct.”

Gosar’s legislation cites statements made by McCarthy during hearings related to the Waters of the United States Rule -- statements that appear to contradict documents released by the Army Corps of Engineers concerning the science used to justify the water rule.

“Hundreds of thousands of jobs will be lost as a result of these new mandates, which disproportionately impact the poor,” Gosar said. “This should be concerning enough, but to make matters worse, these regulations are not based on science and are being imposed through lies to Congress and the American people. We must hold D.C. bureaucrats accountable when they commit perjury or make false statements in order to implement President Obama’s misguided agenda.”