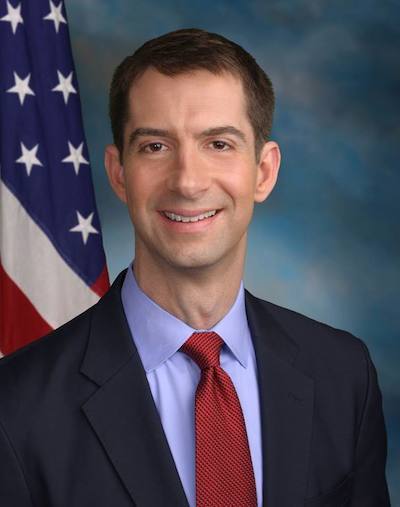 The spill was accidentally triggered by EPA actions at the abandoned mine in Colorado, resulting in the discharge of heavy-metal contaminated water that spread through Colorado, New Mexico and the Navajo Nation.

"I am deeply troubled by EPA’s continued lack of responsibility and integrity with its response to the disaster it caused in the Animas River,” Cotton said. “Rather than actually take responsibility, the EPA continues to hide behind its bureaucracy.

“Waiting weeks to release documents related to the spill late on a Friday night and subsequently redacting relevant information in those documents is absurd,” Cotton said. “If a private company acted like the EPA, it would likely be facing criminal charges – brought about by the EPA. I urge the EPA to immediately release in full all documents related to the Animas River disaster. The American taxpayers deserve answers from this rogue agency.”