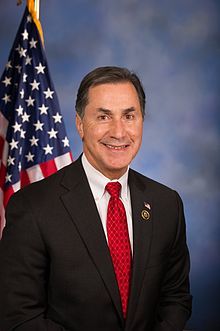 U.S. Rep. Gary Palmer (R-AL) and 12 others on the House Science, Space and Technology Committee sent a letter on Thursday to Environmental Protection Agency (EPA) Administrator Gina McCarthy, challenging her claims made during July testimony before the committee on the agency's regulatory moves.

The letter said portions of McCarthy’s testimony are questionable upon further review. The release cites some of McCarthy’s comments on the Waters of the United States (WOTUS) Rule, ozone emissions and Department of Transportation (DoT) funds.

“During the hearing, Administrator McCarthy appears to have made false and misleading statements regarding the slate of new rules and regulations being pursued by the EPA,” Palmer said. “These statements underscore my concerns about the lengths that the EPA is willing to go to in order to justify regulations not supported by science, but that will have an enormously negative impact on individuals, families and the economy as a whole.”

the lawmakers said McCarthy’s claims that the WOTUS rule’s figures were based on sound science are refuted by Army Corps of Engineers internal memos, and her testimony that states would not be penalized for ozone emissions they cannot control contradicted previous statements by the EPA. Also, claims that DoT funds have never been held back from states for EPA non-compliance were disproven by 13 past instances.