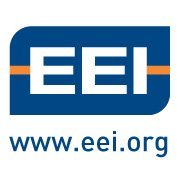 “EPA’s Clean Power Plan is the most comprehensive, far-reaching regulation ever promulgated by the federal government to impact the electric power sector,” Kuhn said. “Throughout this rulemaking process, EEI raised a number of issues, and EPA seems to have responded to some of our key concerns.”

Kuhn said EEI is still reviewing and analyzing the specifics, as well as the impact of the restructured interim goals, but so far, “the final guidelines appear to contain a range of tools to maintain reliability and better reflect how the interconnected power system operates,” Kuhn said.

Given the length and complexity of the EPA regulations and the numerous stakeholders it will affect, Kuhn said that going forward, challenges remain.

“EEI and its member companies will continue to work with the states as they develop plans that meet their state energy needs,” Kuhn said referring to all the investor-owned electric companies in the United States that are represented by the Washington, D.C.-based association.

Kuhn said that utilities currently are focused on transitioning to a cleaner generating fleet. In fact, in 2014, he said, utilities reduced carbon dioxide emissions by 15 percent below 2005 levels, and nearly one-third of U.S. power generation came from zero-emissions sources: nuclear and renewables.

In addition, between 1990 and 2014, emissions of nitrogen oxides were cut by 74 percent and sulfur dioxide emissions were reduced by 80 percent, Kuhn said, during a period when electricity use grew by 36 percent.

“Our industry also is making significant investments in renewables and in the grid infrastructure needed to deliver renewables to customers,” Kuhn said, pointing to utility-scale solar projects that now amount to almost 60 percent of installed solar capacity. Likewise, from 2010 to 2014, the amount of electricity produced from wind doubled, he said.