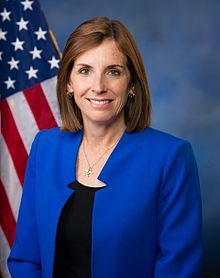 U.S. Rep. Martha McSally (R-AZ) issued a statement on Tuesday commending the Environmental Protection Agency (EPA) for scaling back her state’s carbon-pollution reduction mandate in the final Clean Power Plan, which reduced the state’s target from a 52 percent reduction by 2030 to 34 percent.

“EPA’s proposed mandate on Arizona, which was the second most extreme in the country, would have devastated our rural communities and many low-income families who can least afford it,” McSally said. “Since that proposal was made, I’ve met with our local energy providers, community stakeholders and rural families to get their input and have persistently advocated for a better solution from the EPA.

McSally’s advocacy during the rule’s finalization also included a push for more flexibility for states as they worked to reach their targets, an effort meant to prevent reliability issues and rate spikes.