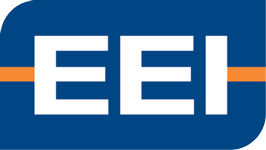 Edison Electric Institute's president anticipates final release of Clean Power Plan.
President of Edison Electric Institute (EEI) Tom Kuhn has responded to the imminent release of the Environmental Protection Agency’s (EPA) Clean Power Plan, which will be the first regulation on carbon emissions from existing power plants, with a statement issued on Aug. 2.

"The industry asked that EPA provide sufficient time for states to craft compliance plans and then subject those plans to critical reliability reviews, and we are hopeful the final guidelines will address this issue,” Kuhn said. “Until we review the final guidelines in their entirety, it is difficult to assess whether they address the range of concerns we have raised over the past year.”

The EPA’s final version of the rule comes after extensive feedback from the public and industry stakeholders, including more than four million public comments along with input from electrical providers.

“Ultimately, it is imperative that the final guidelines respect how the electric system works and provide enough time and flexibility to make the necessary changes to achieve carbon emission reductions," Kuhn said. “EEI and its member companies are committed to ensuring that electricity continues to be reliable, affordable and increasingly clean."