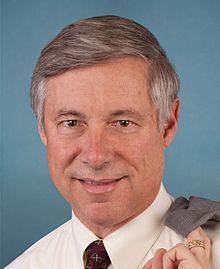 Rep. Fred Upton (R-MI)
A letter has been sent by members of the House and Senate to the Office of Management and Budget (OMB) at the Office of Information and Regulatory Affiars (OIRA) Administrator Howard Shelanski, expressing their concerns over the Environmental Protection Agency’s (EPA) proposed regulations on fuel-fired power plants.

“As proposed, the rule is not tailored to minimize the burdens on state and local governmental entities, or to avoid unreasonable regulatory costs,” the letter said. “States and affected entities would be required to make decisions to shut down existing facilities, begin developing new infrastructure, and make potentially expensive and irreversible decisions even if the rule is ultimately struck down or modified.”

The congressmen request that the regulations be subject to interagency review and that the OIRA return the rule to the EPA if it will compel compliance before any legal challenges can be resolved in court.

“Regardless of the administration’s current climate policies, federal agencies such as the EPA have an obligation to comply with applicable law and to adhere to core regulatory principles that result in the least burdensome regulatory outcomes and avoid unreasonable costs,” said the letter.