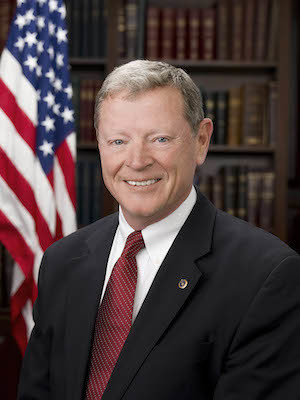 In addition to Inhofe, who chairs the Senate Environment and Public Works Committee, and Blackburn, the vice-chair of the House Energy and Commerce Committee, the letter was signed by three more committee and subcommittee chairs.

“In this draft rule, EPA proposes to regulate 'major sources' of air emissions in the ceramic tile industry, even though EPA admits in the preamble that there are no major sources in this industry to regulate,” the letter said. “EPA even admits that, because these regulations will regulate no one, they have no environmental benefits – an admission that acknowledges the needlessness of this proposed regulation.”

The rule, which is due out this September, is criticized for not being evidence-based and not being necessary, as the tile manufacturing industry has kept emissions below the major source threshold through voluntary action.

“Since there are no costs or emissions reductions expected under the Clay Ceramics Manufacturing rule, it is our request that the standards for ceramic tile manufacturing not be finalized,” the letter said. “Any additional time spent on an action that applies to no one would be a waste of federal government resources and taxpayer dollars.”