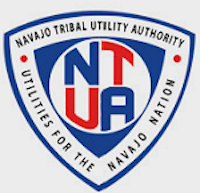 The Environmental Protection Agency (EPA) announced July 8 it has reached settlements in two cases against the Navajo Tribal Utility Authority regarding violations of the federal and Navajo Nation Clean Water Acts at its Window Rock wastewater treatment facility.

“For [more than] 35 years we have partnered with the Navajo Nation to protect public health and the environment,” said EPA Pacific Southwest Regional Administrator Jared Blumenfeld. “EPA applauds the Navajo Nation EPA (NNEPA) for its leadership in setting this precedent that protects the nation’s precious water resources.”

The NTUA facility had been discharging more pollutants than permitted into Black Creek, which ultimately runs into the Little Colorado River, since 2011. The facility also had violations relating to reporting, operations and maintenance.

“The Navajo Nation Clean Water Act was created to protect the public health and the environment,” said NNEPA Executive Director Donald Benn. “These laws must be complied with by everyone within the Navajo Nation. The Window Rock Facility was out of compliance for a long time, prompting NNEPA’s water quality program to initiate an enforcement action.”

The settlement requires NTUA to better monitor and report its discharges, to properly train workers and to regularly meet with EPA and NNEPA officials, as well as submit a plan for a new facility to be funded by the Department of Agriculture.