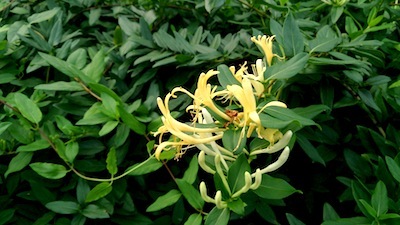 The weed is considered an A-category invasive weed and is a particular issue on the North Island. The application to introduce the beetle, which is one part of a biological control program, was made on behalf of the National Biocontrol Collective, an organization that represents 12 regional councils and the Department of Conservation. The approval, which is in accordance with the Hazardous Substances and New Organisms Act, comes after a June hearing wherein the associated benefits, risks and costs were discussed.

The beetles are an effective measure in combatting the Japanese honeysuckle, feeding on the weed’s foliage. The female beetles also use the weed when laying their eggs, which they deposit into holes they have chewed into the stems. When the larvae hatch, they further bore into the stems – hence their name. This causes stem die-back and controls the weed’s spread.