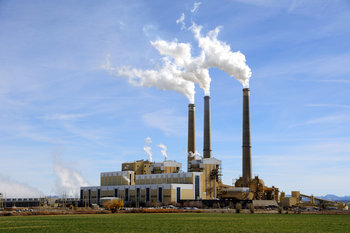 The U.S. Supreme Court overturned air quality standards set by the Environmental Protection Agency in a 5-4 ruling handed down Monday, a move that an environmental group said was a setback in protecting public health.

In the case, Michigan vs. EPA, the court ruled that the EPA should have considered costs on energy producers when implementing its clean air regulations.

The rules set in 2011 were the agency’s first attempt at regulating the emission of mercury and air toxics (MATS), predominately produced by coal-fired power facilities. Opponents argued that the costs of the regulation of MATS would be an undue cost burden on electric utilities and, through them, on independent businesses.

The Michigan Environmental Council, made up of over 70 environmental organizations across the state, noted that while the ruling is a setback, it doesn’t change the EPA’s mandate to regulate MATS and other airborne pollutants. The efforts to protect public health are merely delayed, said MEC Communications Director Andy McGlashen.

MEC is also concerned about how being the named plaintiff in this decision sends the wrong message about Michigan values.

“Michigan should be leading efforts to clean up our air, protect our most vulnerable residents and stop the mercury emissions that have led to fish consumption advisories in our lakes,” said McGlashen. “Our state's role in the case definitely runs counter to the ‘Pure Michigan’ image we portray in the media and should be striving to live up to.”

One of Michigan’s top energy providers, DTE Energy, also weighed in on the ruling, saying the high court’s decision would not alter its plans to shut down two coal-fired plants by next year.

“Michigan has implemented a mercury rule that will take effect if MATS is not upheld by the D.C. Circuit Court,” said Skiles Boyd, DTE’s vice president for Environmental Management and Resources. “Michigan's rule requires mercury emissions reductions comparable to the MATS rule.”

In a statement, EPA spokesperson Melissa Harrison said: “EPA is disappointed that the Court did not uphold the rule, but this rule was issued more than three years ago, investments have been made and most plants are already well on their way to compliance.”

She added, “(EPA) remains committed to ensuring that appropriate standards are in place to protect the public from the significant amount of toxic emissions from coal and oil-fired electric utilities and continue reducing the toxic pollution from these facilities.”

The EPA is reviewing the decision and will assess its options, including re-drafting regulations pursuant to Monday’s decision, once that review is complete.