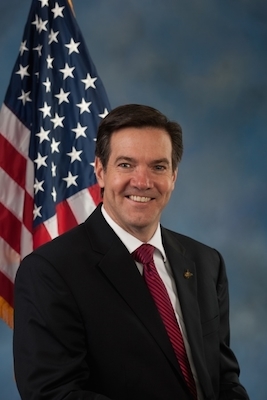 U.S. Rep. Evan Jenkins (R-WV) issued a statement on Wednesday after working to block Environmental Protection Agency (EPA) regulations that he alleges are detrimental to the coal industry, including taking steps to de-fund the agency and preventing the implementation of several new regulations.

Jenkins’ efforts are seen in the Fiscal Year 2016 Interior, Environment and Related Agencies Appropriations bill. The legislation would slash EPA funding by $1.2 billion from the president’s fiscal year 2016 budget request, a $718 million cut from fiscal year 2015 funding. The Appropriations Committee advanced the measure out of subcommittee on Wednesday.

Through these cuts, the bill blocks recent EPA regulations such as the Waters of the U.S. and new greenhouse-gas standards for new and existing power plants

“I am using every method possible to stop the president’s war on coal, including the power of the purse,” Jenkins, a member of the Interior Subcommittee of the House Appropriations Committee, said. “Today’s markup is a significant step forward in the effort to stop the administration’s anti-coal agenda, starting with rejecting the president’s $1 billion increase in funding for the EPA.


“West Virginia coal miners and their families are struggling while taxpayer dollars have been used to attack their livelihood,” Jenkins said. “We’re sending the administration a clear message – no more. The EPA won’t be happy, but I am here to serve West Virginia families and to protect our state’s way of life.”