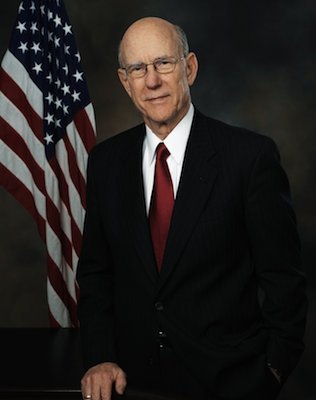 The bill would force the Environmental Protection Agency (EPA) and Army Corps of Engineers to go back to the drawing board on its Waters of the United States Rule.

The rule has been strongly criticized by several states and industry groups representing, among others, agriculture and ranching interests, due to its expansion of EPA jurisdiction. Redefining the federal authority to incorporate waters that feed into navigable waterways, detractors argue that the rule will increase permitting requirements, even to ditches and waters that only exist after low levels of rain.

“EPA has ignored agriculture’s concerns with the rule," Roberts, the chairman of the Senate Committee for Agriculture, Nutrition and Forestry, said. “I hope the Senate will act swiftly to consider our bill to ensure farmers and ranchers and other rural businesses are a partner in efforts to protect clean water, and not treated as an adversary.”

The Federal Water Quality Protection Act, which would require the EPA and Army Corps of Engineers to consult industry groups, states and regulated entities in formulating a new draft of the rule, will now go to the Senate floor for debate.