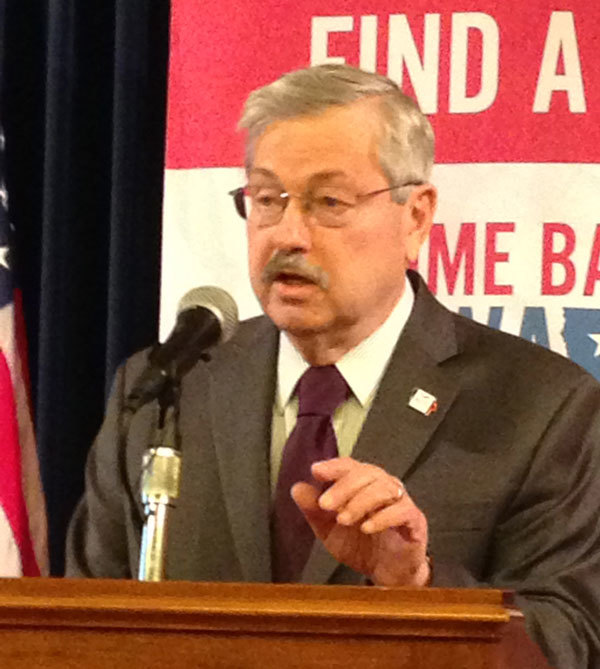 “We are disappointed that the EPA failed to follow the renewable volume levels set by Congress, but we’re encouraged that the agency has provided some stability for producers by releasing a new RFS proposal, and made slight increases from their previous proposal,” Branstad said. “Already, Iowa farmland has dropped by 15 percent, corn and soybean prices have dropped by 40-50 percent since 2012, and farm income is expected to decline 32 percent this year. Maintaining a robust Renewable Fuel Standard is extremely important for Iowans and families across the country.”

“The lack of certainty surrounding a Renewable Fuel Standard has been devastating to farmland values, farm income and commodity prices,” Reynolds said. “We’re encouraged that the EPA recognized the importance of renewable fuels after failing to adopt volume obligation levels in years past. While we believe a more robust Renewable Fuel Standard would be ideal, we welcome the slight increase that will help to continue providing consumers choice at the pump, create jobs, increase incomes and reduce our dependence on foreign oil.”

The EPA summed up its proposal: “(The) EPA is proposing volumes which, while be­low the volumes originally set by Congress, would increase renewable-fuel use in the U.S. above historical levels and provide for steady growth over time.”

The production and use of biofuels are issues the State of Iowa has backed. Branstad and Reynolds have called for a strong Renewable Fuel Standard (RFS) for more than a year.