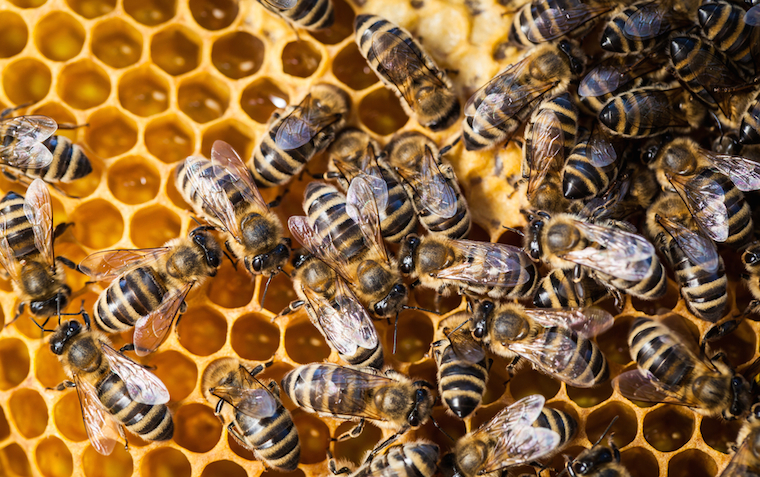 The rule, due to be published in the Federal Register Friday, aims to ban the use of 76 active ingredients in pesticides from use on flowering plants pollinated by bees, calling those pesticides “acutely toxic."

Growers routinely contract with honey bee keepers to bring in bees to pollinate their crops that require insect pollination. Because bees are typically present during the period the crops are in bloom, the EPA said that application of pesticides during this period can significantly affect the health of bees.

One class of pesticides the EPA proposed restricting is neonicotinoids, or neonics. The harm and benefit of neonics has been hotly contested between environmentalists and the companies that produce pesticides. The topic of the benefits of neonics even resulted in friction between the EPA and U.S. Department of Agriculture earlier this month.

of pesticides that are acutely toxic to bees on a contact exposure basis," the proposed rule said.

Iain Kelly, director of regulatory policy and issue management for Bayer CropScience, said the EPA is taking “something of a once-size-fits-all approach.”

There are certain strategies some growers already use, Kelly says, like putting specific products on plants only at night to limit exposure to pollinators.

Kelly hopes the EPA takes concerns and strategies like these into account during public comment on the proposal, hopefully tailoring the final policy more specifically to individual situations instead of broadly applied bans on certain chemicals.

Neonics are widely used in the United States as a treatment for seeds to protect against pests.

“Almost all the corn acres in the United States have neonicotinoid treatments on the corn seeds,” said Pete Nowak, professor emeritus at University of Wisconsin-Madison’s Nelson Institute for Environmental Studies.

Nowak wanted to withhold judgment on the EPA plan until more specifics were released, but said the agency’s focus on pesticides, and specifically on neonic insecticides, was an unduly narrow scope.

“What has not been investigated and what needs to be investigated,” said Nowak, “is the role of bee management.”

Nowak suggested that a major issue that needs to be addressed is large-scale bee colonies which are brought across the country to pollinate fields and fed only sugar-water. He surmises that the effect this has on bee health makes the natural enemies and pesticide dangers much more severe for commercial bees, which are usually those used in studies of bee health.

A rule that targets problems more directly and specifically instead of applying a broad restriction on one dimension of the problem would, Kelly and Nowak argue, make for a better policy and safer pollinators.

The EPA’s action follows a White House task force’s release of a national strategy to promote the health of honey bees and other pollinators. The strategy explains the need to expand federal efforts to reverse pollinator losses and calls for the development of new public-private partnerships to restore pollinator populations to healthy levels.