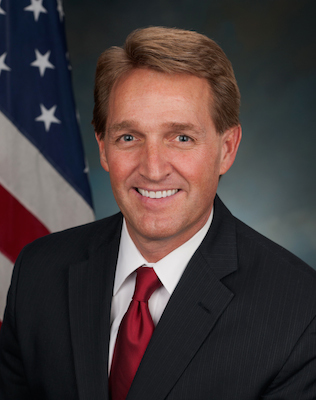 In response to the finalized version of the Environmental Protection Agency’s (EPA) Waters of the United States Rule (WOTUS), Sen. Jeff Flake (R-AZ) issued a statement today, condemning the expansion of EPA power that the rule prescribes.

The rule, which was first proposed in April 2014, has been battled from the beginning for its definition of waters that the EPA will have authority over, which was expanded from navigable waterways to waters that feed into them, which would include desert washes and man-made canals in Arizona.

“EPA’s grab at regulating dry, desert washes in Arizona as ‘navigable waters’ appears aimed more at expanding the agency’s ever-creeping jurisdiction on land use than curbing water pollution,” Flake said. “With the release of the final rule, it’s becoming evident that Arizona’s landowners, businesses and economy would be best served if EPA were sent back to the drawing board.”

This is not Flake’s first suggestion for a new draft of the WOTUS rule, as he called for one in a May 2014 letter to EPA Administrator Gina McCarthy, which was co-signed by Sen. John McCain (R-AZ). Additionally, Flake and Sen. Deb Fischer (R-NE) have introduced a bill for the Defending Rivers from Overreaching Policies (DROP) Act, which would prevent the rule’s implementation and work to address concerns over the science used to support it.