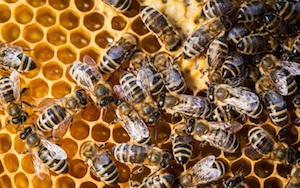 As the U.S. Environmental Protection Agency addresses ongoing pressure to ban neonicotinoid pesticides purported to be toxic to bees, the White House on Tuesday released a formalized national strategy aimed at improving the vigor of all pollinators while working alongside pesticide manufacturers to do it.


Specifically, the National Strategy to Promote the Health of Honey Bees and Other Pollinators from the administration’s year-old Pollinator Health Task Force, calls on federal agencies to work “with government, university, and private sector partners, including international partners, to prioritize and address critical knowledge gaps in the influences on, and impacts of, pollinator health.”


Such collaboration requires federally supported pollinator health research that will enable these partners to make evidence-based decisions, according to the task force – a stance that’s highly favorable among crop protection stakeholders.


“We are particularly encouraged by the specific commitment to invest more into research to improve our understanding of pollinator health,” Jim Blome, president and CEO of Bayer CropScience LP, said in an emailed statement.


“Everything from grower decisions, consumer choice and regulatory actions must be based in sound science and the strategy’s call for more research will ensure that we have the best science available,” Blome said.


The White House task force, under the leadership of the EPA and U.S. Department of Agriculture, devised the national strategy with three overarching goals: To reduce honey bee colony losses to economically sustainable levels; increase monarch butterfly numbers to protect the annual migration; and restore or enhance 7 million acres of land for pollinators through combined public and private action.


Pollinators have a major impact on the nation’s economy, and are said to be responsible for one in every three bites of food people take. Honeybees and other pollinators contribute about $15 billion to agricultural crops each year in the United States.


The White House’s report said federal agencies, particularly the EPA, are entrusted with balancing the risks and benefits of pesticide use. “Mitigating the effects of pesticides on bees is a priority for the federal government, as both bee pollination and insect control are essential to the success of agriculture,” the report said.


CropLife America, which represents the developers, manufacturers, formulators and distributors of pest management products, is currently reviewing the national strategy to identify specific areas for collaboration and partnership to support pollinator health.


“We are hopeful both the private and public sectors can strategically address pollinator health together,” said CropLife America President and CEO Jay Vroom. “CLA and our members … will continue to work with growers, beekeepers, regulators and other stakeholders to promote responsible pesticide use.”


Vroom also pointed out that the national strategy reportedly could accelerate EPA’s timeline for further scientific evaluation of bee impacts by certain insecticides -- he said the industry is “skeptical of how sound science can be ‘sped up’ for this evaluation.”


“We look forward to a reasoned dialogue with EPA on that point,” said Vroom, adding that CLA members also are interested in how the strategy addresses the role of state management plans being outlined by the EPA.


Additionally, the strategy includes a science-based Pollinator Research Action Plan that outlines needs and prioritizes actions that might help stakeholders better understand pollinator losses and improve pollinator health, according to John P. Holdren, assistant to the president for science and technology and director of the White House Office of Science and Technology Policy.


A stand-alone component of the national strategy, the action plan is essentially a roadmap for federally supported pollinator health research that falls into five main action areas:


1. Assessing the status and properly identifying pollinator populations; taking inventories to establish baseline conditions; and then monitoring and studying deviations and their causes from the baseline.
2. Assessing environmental stressors that potentially impact pollinator populations.
3. Restoring habitat by researching the spatial and temporal relationships between plants and their pollinators and identifying habitat with the highest potential for pollinator benefits through restoration.
4. Understanding and supporting stakeholders such as land managers and beekeepers.
5. Curating and sharing knowledge, such as through best practices and data collections.


Such action, according to Holdren, will be supported by coordination of existing federal research efforts and accompanied by a request to Congress for additional resources to respond to the pollinator losses that are being experienced.


“To foster collaboration, the interagency Pollinator Health Task Force will work toward developing a Partnership Action Plan that guides coordination with the many state, local, industry, and citizen groups with interests in and capacities to help tackle the challenge facing pollinators,” Holdren wrote in a May 19 blog.


Jerry Hayes, Monsanto's Honey Bee Health Lead, agrees that public-private partnerships – such as the Honey Bee Health Coalition, of which Monsanto is a member – are making important contributions to improving the health and habitats of pollinators.


“Through collaboration and identification of the right opportunities where plant, biological and environmental science and knowledge can best be leveraged, our company and partners can have real, meaningful, positive impact on pollinator health and habitats,” Hayes said.


And calling the national strategy a “balanced and multi-faceted approach,” Becky Langer, head of Bayer CropScience’s North American Bee Care Program, says it also provides a framework that will help the industry formulate a collective response.