EPA, others launch effort to protect bodies of water by reducing plastic trash 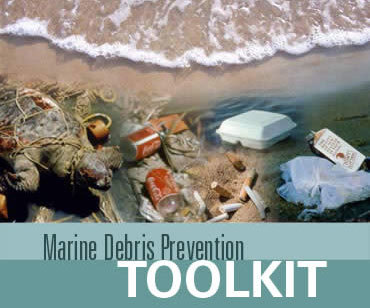 The Environmental Protection Agency (EPA), Product Stewardship Institute (PSI) and University of California launched the Marine Debris Campus Toolkit, which aims to reduce the plastic waste at universities and other institutions, on Friday.

Tested in a pilot program at UC Santa Barbara, UC San Diego and UC San Francisco, the toolkit is available on the EPA’s website and gives institutions resources, including guidance on every step needed to reduce marine debris and pollution. The kit includes a Footprint Calculator and guides administrators on eliminating disposable plastic items and establishing plastic-waste reduction policies, among other items.

“Packaging makes up a large portion of marine debris and contributes to the...trash in our oceans, harming both marine life and human health,” PSI CEO Scott Cassel said. “The adoption of this toolkit by other universities could have a major impact on reducing marine debris in coastal watersheds, which would convey immense promise in the movement to rid our waterways of excess plastic.”

The University of California pilot program was a resounding success, with achievements that included a 97 percent reduction in plastic-bag use at the UC Santa Barbara campus and a 50 percent reduction in single-use plastic water bottle purchases at UC San Francisco’s Parnassus and Mission Bay campuses.

“Preventing plastics and other types of trash from becoming marine debris is so important," Jared Blumenfeld, the EPA's regional administrator for the Pacific Southwest, said. “This cool toolkit shows us how to take action in the fight to create trash-free streams, lakes and oceans.”