Three EPA employees among finalists for Service to America Medals 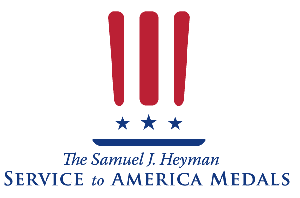 The Partnership for Public Service announced on Monday that three Environmental Protection Agency (EPA) employees -- Robert Kavlock, Jacob Moss and Stephanie Hogan -- have been selected as finalists for this year’s Service to America Medals.

The awards, which are named after Samuel J. Heyman and nicknamed the Sammies, were created to honor federal workers who have made significant achievements. Kavlock, Moss and Hogan are nominated in the Career Achievement, National Security and International Affairs and Call to Service categories, respectively.

"I am so proud of the hard work and dedication of these three outstanding EPA employees," EPA Administrator Gina McCarthy said. “Their passion for public service and significant contributions to our understanding of chemical safety and air pollution is helping EPA protect human health and the environment every day.”

Kavlock, who is a deputy assistant administrator for science in the Office of Research and Development is being honored for instituting a computational toxicology research program, which has sped up the process of toxicology testing for thousands of chemicals, among other contributions throughout his career.

Environmental Protection Specialist Moss’ nomination comes in the wake of an $800 million public-private partnership that has improved the lives of more than 100 million impoverished people throughout the world by providing clean, efficient cooking stoves.

Hogan, who is an attorney advisor in the Air and Radiation Law Office of the EPA’s Office of General Counsel, is being recognized for her work in getting the Transport Rule upheld by the Supreme Court.

The winners of the Sammies will be announced in October 2015.