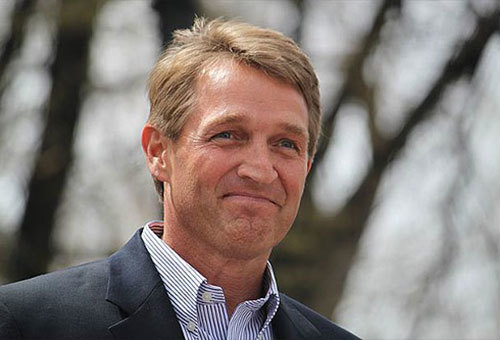 Sen. Deb Fischer (R-NE) is also a sponsor of the bill.

Senate Bill 1171, the Defending Rivers from Overreaching Policies Act, directs the U.S. Army Corps of Engineers and the EPA to halt the proposed rule to define the term “waters of the U.S.” and lays out a process to scrutinize the science used to justify the rule's jurisdiction.

“The EPA’s science advisory board essentially said that some streams should be in and some should be out, but then the EPA arbitrarily decided that all streams should be in,” Flake said. “This bill sends these agencies back to the drawing board to listen to their own scientific advice.”

The bill would force the EPA and the USACE to revise their rule after conducting additional scientific analysis.

The bill would create a new panel and advisory commission, which would submit reports on the additional analysis, and their recommendations would be subjected to a public comment period, after which time, the EPA and USACE would  begin drafting a new rule.

¨With so many jobs and businesses on the line, we cannot allow EPA to devise a rule without taking into account its impact on private lands, particularly in the arid West,” McCain said.