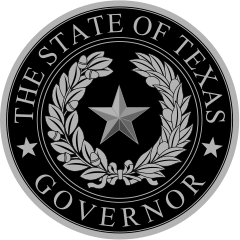 Texas Gov. Greg Abbott sent an official protest to the Environmental Protection Agency (EPA) on Wednesday, challenging the "regional haze" rule and the EPA’s efforts to force Texas into adopting a federal implementation plan instead of the state's own implementation plan.

“The EPA’s latest attempt to infringe on Texas’ state sovereignty is yet another example of an overreaching federal government run amok,” Abbott said. “The EPA’s proposed action is unlawful on multiple fronts, and perhaps most egregiously, it would impose a $2 billion burden in compliance costs and threaten the reliability of Texas’ energy grid – without any discernable benefits.”

Abbott’s comment was accompanied by similar concerns from the Texas Commission on Environmental Quality (TCEQ) that raise several issues with the EPA’s efforts.

Abbott said the EPA’s authority does not extend to regulating invisible haze and that its planned action violated the Constitution’s Commerce Clause, arging that the agency’s imposition of a $2 billion plan was an overstep of statutory authority. Abbott also took issue with inconsistencies between the EPA’s treatment of California and Texas, as well as the accuracy and timeliness of the data, gathered in 2008, used in the agency’s determinations.