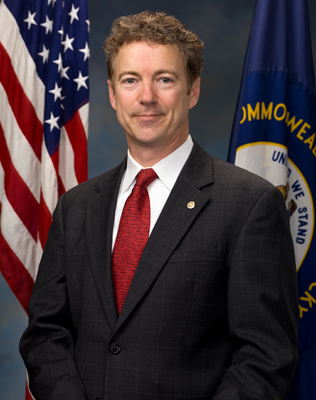 Sen. Rand Paul (R-KY) announced on Friday the introduction of a bill that aims to redefine navigable waters and would limit federal regulation and jurisdiction.

The Defense of Environment and Property Act of 2015 would define navigable waters as water that can support a vessel and bodies of permanent water that connects to navigable water. It states that water that is not considered navigable or has a connection to this kind of water are exempt from regulation.

The bill would limit regulatory activity of the Environmental Protection Agency and the Army Corps of Engineers in regards to water regulation by requiring promulgation action to be approved by Congress.

"I firmly believe it is the landowners’ constitutional rights to do what they please with their own property," Paul said. "The time has come to bring common sense back to the federal jurisdiction over navigable waters and place necessary limitations on out-of-control government agencies.”

The bill would also require that any federal agency regulation relating to navigable water that causes a loss in value to a landowner would impose a compensation requirement to landowners to the amount of double what the loss in value was, as determined by a third party. It also states that this must be taken from the agency's administration budget and that regulations would not be in effect until the fee was paid.