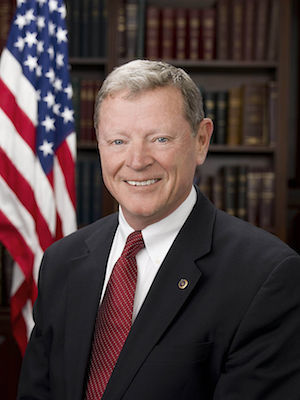 Sen. Jim Inhofe (R-OK), Chairman of the Senate Committee on Environment and Public Works (EPW)
Following the U.S. Environmental Protection Agency's (EPA) settlement on a suit brought by oil industry trade associations over the Renewable Fuel Standard (RFS), Sen. Jim Inhofe (R-OK) released a statement on April 10 acknowledging the terms’ gains but calling for the program to be scrapped.

American Fuel & Petrochemical Manufacturers and the American Petroleum Institute brought the lawsuit due to a perceived failure on the EPA’s part to meet congressional deadlines for the RFS. As part of the settlement, the EPA has agreed to adjusted timelines, which set deadlines for RFS requirements up to 2016.

“Perpetuating the RFS, which allows the importation of fuels for compliance and continues to mandate fuels that do not exist, is not a workable solution,” Inhofe said. “The need for this settlement underscores that the free market should be managing our fuel supply, not the EPA.”